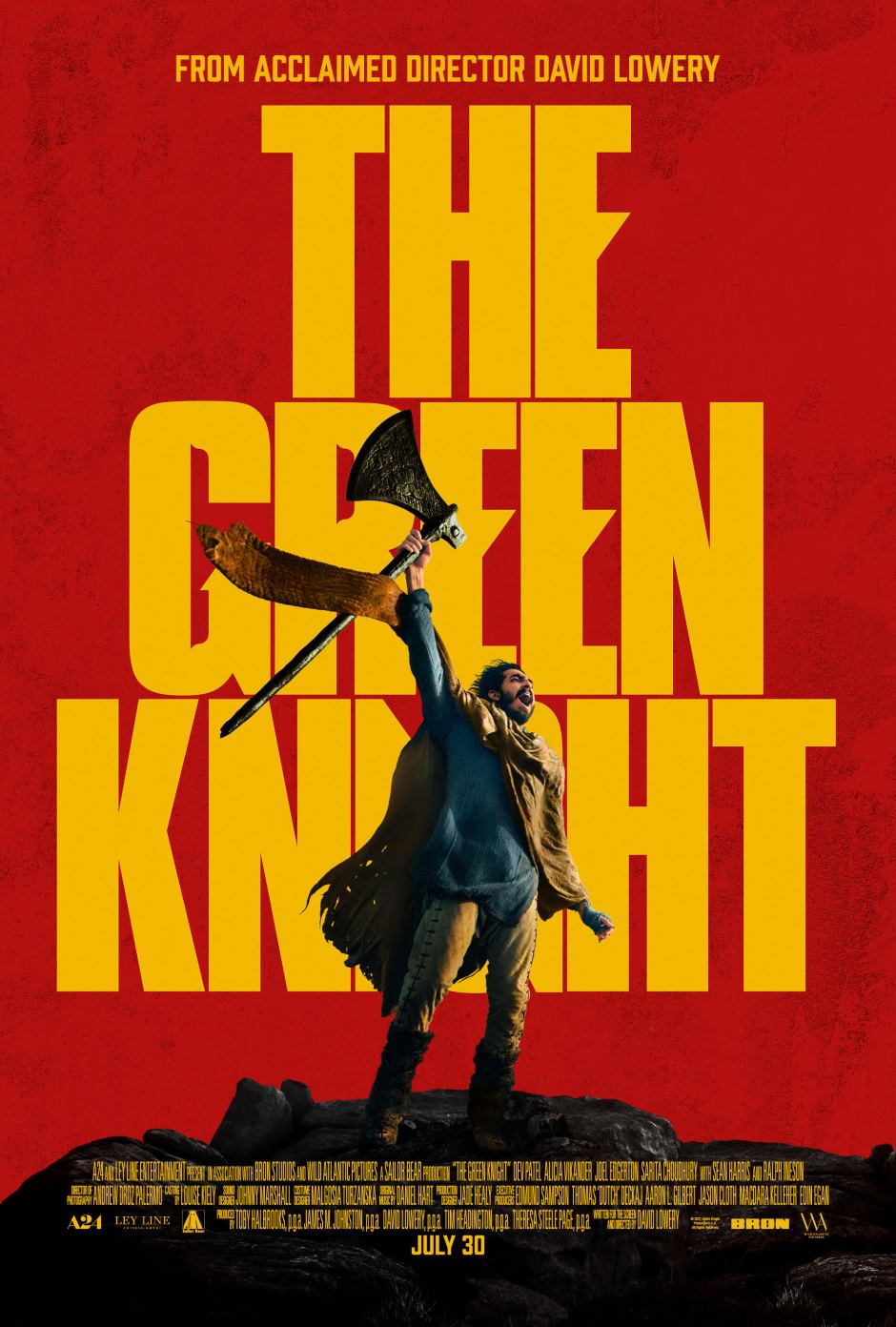 “Gawain as good was acknowledged and as gold refinéd,
devoid of every vice and with virtues adorned.”

Spoiler Warning: Mild spoilers for both the 14th century poem and the 21st century movie adaption of Sir Gawain and the Green Knight

Sir Gawain and the Green Knight is a 14th-century Arthurian Romance in verse written by an anonymous author known as the Pearl Poet. It tells the story of Sir Gawain, the youngest knight of the Round Table and the strange game he begins one Christmas Day.

A mysterious knight, green of both skin and attire, enters King Arthur’s court and challenges any who dares to strike him one blow with his great axe if, in return, they will allow him to strike them in the same manner at his Green Chapel one year hence. Gawain takes up the challenge and in a single blow severs the Green Knight’s head from his shoulders.

Unfazed, the Green Knight picks up his head and turns to leave. “At my Chapel, one year hence!” the severed head calls out as it’s body carries it out the door. So begins a tale of honor and doom.

On July 30, 2021, David Lowery released The Green Knight, his adaption of the classic poem, starring Dev Patel as Gawain. As a massive fan of the poem and Arthurian literature in general, I was extremely excited for this adaption. Now, having seen it, I was struck both by how faithful and how remarkable different Lowery’s adaption is.

The Armor Makes the Knight

In the poem, before Sir Gawain departs on his quest to the Green Chapel, both he and his horse Gringolet are arrayed in finery. Among Gawain’s accoutrements are a damask doublet from Tharsia and golden spurs. Gringolet wears a crimson horse-breastplate (called a poitrel) studded with gold and a saddle fringed in golden tassels.

The Pearl Poet makes explicit that this finery is not merely fashion, but represents the inner fineness of Gawain’s soul. Gold in particular is a metaphor for moral purity.

This scene from the poem is lovingly rendered in Lowery’s Green Knight. Particularly beautiful is the prop design of Gawain’s shield. As in the poem, the shield has as its device a pentangle (five pointed star knot) representing the five knightly virtues, and on its interior a painting of the Virgin Mary that Gawain may look at for courage when he is sorely tested.

But there is one key difference in both this scene and the rest of Lowery’s adaption. While the Pearl Poet tells us from an omniscient perspective that the clothes represent Gawain’s true inner virtue, in the movie Queen Guinevere merely prays that the armor represent the truth of Gawain’s character, a prayer that will go unanswered. A scant handful of scenes later, the beautiful shield is sundered, splitting down the center of the Madonna’s face.

Lowery’s Green Knight replaces the chivalric hero at the center of the poem with a rather self-centered character who Lowery describes as a “cad.” According to Lowery in an interview with SlashFilm, he cast Dev Patel to play his hero in part because Patel was so charismatic an actor that he could make the audience like his pathetic protagonist.

The Gawain of Lowery’s adaption is not even a knight at the film’s beginning, and spends most of the movie wandering aimlessly through a quest meant for a nobler, less human hero. Patel does a truly marvelous job of playing a living embodiment of imposter syndrome: an overgrown boy who should have been a knight but cannot even manage to be a man.

I couldn’t help wondering if this was how I would perform, if thrust suddenly onto a hero’s journey. Very few real people would walk a path towards certain death with the self-assured honor of the Pearl Poet’s Sir Gawain. To be a person, I think, is to be somewhat dishonorable, at least when compared with the hero of an Arthurian Romance.

Lowery’s Green Knight is a more complicated and fraught retelling of an ancient Romance. I thoroughly enjoyed and was routinely surprised both by its detailed faithfulness to the original text and its stark deviations at key moments.

Perhaps my only criticism of the film was its choice not to explore the gay subtext of the poem. Sir Gawain and the Green Knight is a famous for its queer undertones: Gawain exchanges no less than six kisses of increasing intensity with one Lord Bertilak de Hautdesert as part of a strange game. In the film, this section of the story is much reduced in scope. And while this choice makes perfect sense in the context of Lowery’s overall shift in narrative focus, I hope to one day see another adaption which explores this fascinating element of the original work more fully.